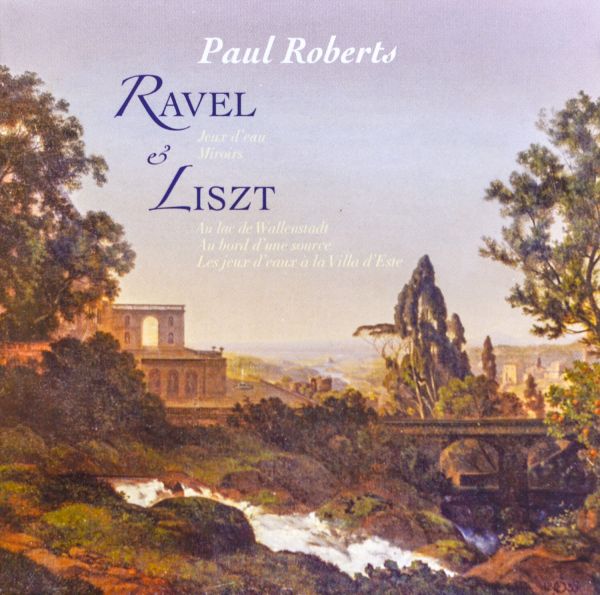 The Fountains of Liszt and Ravel

(from the CD booklet):

This disc culminates in one of Liszt's greatest works, Les jeux d'eau à la Ville d'Este. Written in 1877, it is a summation of a lifetime's devotion to piano composition, breaking new ground in the sonic possibilities of the instrument, and fusing Liszt's descriptive powers with a palpable sense of spirituality, both contemplative and ecstatic. On the manuscript Liszt inscribed John 4:14: 'The water I shall give him shall be in him a well of water, springing up into everlasting life.' Liszt infuses his melodic material with vibrant tremolandos, conveying the very presence of the wellspring that gives life to everything around it. The fountains of the Villa d'Este, Liszt's Italian retreat in the last years of his life, were for him a symbol of spiritual aspiration.

Ravel's Jeux d'eau, written in 1901, his first major work for the instrument, bears a contrasting epigraph: 'Laughing river god tickled by the water,' a quotation from the symbolist poet Henri de Régnier. Where Liszt's piece is the work of an aged master, Ravel's is the fruit of youthful genius, already displaying a mastery in the handling of the instrument. It is indebted not only to Liszt's great water piece, but to his much earlier Au bord d'une source ('Beside a Spring', also on this disc). When asked how Jeux d'eau should be played, Ravel replied 'Like Liszt of course!'

Paul Roberts also performs Ravel's Miroirs on this disc. 'Alborada del gracioso' can be heard here on the website under Discs and Videos. The disc can be purchased from Barbican Chimes (Tel: +44 (0) 20 7588 9242 Email: barbican@chimesmusic.com) or from AppleMusic (hear previews....)